Malaysia's YTL Hotels is on track to open the Academy Hotel in August in London's Bloomsbury district.

YTL Hotels along with New York-based Champalimaud Designs converted five Georgian townhouses into the 50-room hotel, which is near the British Museum, several restaurants, cafes, galleries and boutiques. The property joined the Small Luxury Hotels of the World marketing consortium in April after a multimillion-pound renovation.

This recent addition to YTL Hotel's UK portfolio follows the company's move to add the Monkey Island Estate as a member of SLH in July. The 27-room property in the village of Bray, Berkshire on the River Thames also will open next month after a complete renovation. The new hotel is in the white pavilion and temple buildings of the original hotel, which dates to 1840, and will feature a restaurant, bar, lounge and spa once renovations are complete.

YTL Hotels developed the 99-room Gainsborough Bath Spa in Bath, England with Wessex Water in 2013. The hotel opened in spring 2014 after becoming a Leading Hotels of the World member. The Gainsborough Bath Spa is within a Georgian building, which originally operated as the United Hospital. The site also includes Bath's final Elizabethan building, Bellots House, which is linked to the hotel via a tunnel. Champalimaud Design designed the interiors of this hotel as well as the other YTL hotels in the UK. 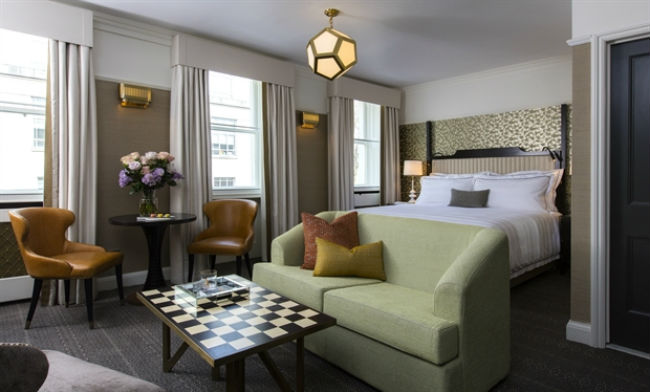