YTL Infuses The Much-Needed Life And Zest Into Sentul

Kuala Lumpur may be one of the region’s younger capital cities, but it has packed in plenty of history since its inception only 160 years ago. As one of its more senior towns, Sentul perhaps boasts more stories than most.

Initially founded by the families of Indian railway workers around the turn of the 20th century, the neighbourhood was home to Sentul Works – then one of the most celebrated industrial workshops of its kind in Southeast Asia. Sentul Works employed about 5,000 workers in its heyday, but as the years chugged on the industry waned and the property was gradually abandoned. The town gradually gained a questionable reputation as a rundown, crime-ridden neighbourhood in the years that followed.

The fortunes of Sentul slowly started to change however in the early 2000s as property developers moved in to redevelop it into what is now one of KL’s most up-and-coming enclaves.

YTL Land & Development has been especially influential in the transformation of the district. In 2004, the company, which owns the land on which the remaining buildings of Sentul Works (later the Sentul KTM Depot) stand, joined forces with The Actors Studio Malaysia to convert one of the heritage buildings into the Kuala Lumpur Performing Arts Centre.

YTL’s footprint can in fact be found in most parts of the town as part of its Sentul Masterplan, which includes The Capers, The Saffron, The Tamarind and The Maple condominium developments, in addition to d6 and d7 retail and office projects. The firm’s expanding portfolio also welcomed the addition of The Fennel earlier this year, and the MYR867 million luxury residential development has already bagged one of the real estate industry’s most coveted awards: Best Condo Development (Malaysia) at the PropertyGuru Asia Property Awards (Malaysia).

Residents are also only a stone’s throw from the old-world charm that characterises the town. Local landmarks such as Sentul Market and the Indian temples are within walking distance, while an increasing array of restaurants, bars and retail outlets, many of which are housed tastefully in converted shop houses, have cropped up to accommodate the influx of new residents in recent years.

“Our developments here go beyond meeting functional needs to infusing Sentul with the much-needed new life, zest and energy to stimulate its urban renewal under our masterplan,” YTL Land executive director Yeoh Pei Teeng said after winning the prestigious category at the gala dinner and ceremony held in April. “We are deeply humbled and honoured to have The Fennel acknowledged as Malaysia’s best condominium development.

With The Fennel’s 916 residential units, spread over four 38-storey residential towers, starting from MYR658,530 the price range reflects the growing prestige of the once dilapidated neighbourhood. And given its rich transport-oriented history, it is inevitable that Sentul is one of Klang Valley’s most efficiently connected hubs.

Only five kilometres from the KLCC, the nearby Sentul East station is served by three train lines and three stations – KTM Komuter and two LRT lines – while the addition of the MRT Line 2 will see the launch of two more stations in the town.

Even less than a decade ago Sentul residents would no doubt have laughed you out of town at the suggestion that they would one day share their neighbourhood with Malaysia’s Best Condo Development. To look at the Sentul of 2018, however, is to see an area on the up and up; a heritage-rich district with a proud history and a promising future. 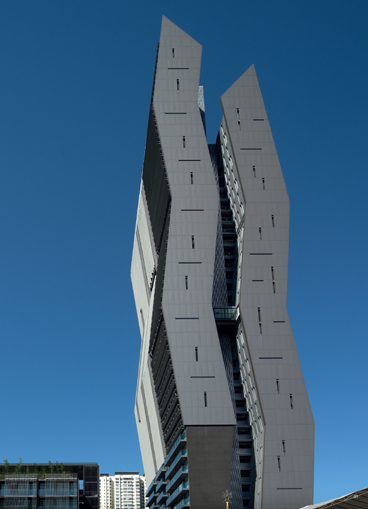