YTL Group Managing Director Tan Sri Dato’ (Dr) Francis Yeoh Sock Ping, CBE, FICE, said, “The Group registered an 8% increase in revenue to RM11.7 billion for the 9 months ended 31 March 2018, contributed mainly by the utilities, cement, hotels and construction businesses. Our utilities segment performed well for the period under review, with increases in revenue and profit before tax contributed by the contracted power generation and water and sewerage sub-segments.

“The increase in revenue in the Group’s cement business was driven by higher sales volumes in all sub-segments, although profit before tax was impacted by higher production and finance costs, as well as competitive pricing in the domestic market. The construction segment registered an increase in revenue due to better site progress, but recorded lower profit before tax owing to lower construction margins and higher operating costs.

“Meanwhile, the improved performance of the hotels segment was contributed mainly by The Hotel Stripes in Kuala Lumpur, the Sydney Harbour Marriott in Australia and 3 newly acquired hotels in the United Kingdom, offset by unrealised foreign exchange losses on intercompany balances and pre-opening and training expenses incurred by The Ritz-Carlton, Koh Samui, a new hotel in Thailand. In the Group’s management services segment, the increase in revenue was due mainly to higher interest income, whilst the loss before taxation incurred was primarily the result of the absence of one-off adjustments relating to the accounting treatment of a loan restructuring recorded by an associated company and higher finance costs.”

Tan Sri Dato’ (Dr) Francis Yeoh Sock Ping said, “YTL Power saw an 8.6% growth in revenue for the 9 months under review, arising mainly from our contracted power generation segment which saw supply commence on 1 September 2017 from Paka Power Plant under the new short-term power purchase agreement, as well as better performance in our water and sewerage segment in the United Kingdom following the opening of the retail market for non-household customers, coupled with the price increase allowed by the regulator and lower operating costs.

“Profit for the period was impacted by lower margins recorded on electricity sales and oil tank leasing activities and higher finance costs recorded in the multi-utilities business segment in Singapore and an increase in finance costs and reclassification of certain overhead costs in the Group’s investment holding segment.”

The decrease in revenue was mainly due to lower progress billings from The Fennel, Dahlia and U-Thant projects which are nearing completion, whilst the decrease in profit for the period arose from lower unrealised foreign exchange gains following the weakening of the Singapore Dollar during the period, coupled with finance costs related to the Group’s 3 Orchard By-The-Park project in Singapore.

“Meanwhile, the Trust’s Malaysian properties recorded increases of 21% in revenue and 22% in net property income due to the acquisition of The Majestic Hotel Kuala Lumpur, combined with the increased rental income from The Ritz Carlton Suite and Hotel wings following the completion of refurbishment works. In Japan, Hilton Niseko Village continued to perform well, with a 5% growth in revenue and a 6% growth in net property income.”

The Board of Directors of Pintar Projek Sdn Bhd, the Manager of YTL Hospitality REIT, declared an interim distribution of 1.9378 sen per unit, the book closure and payment dates for which are 8 June 2018 and 29 June 2018, respectively. The total income distribution amounts to RM33.0 million, representing approximately 100% of the total distributable income for the financial quarter ended 31 March 2018. The Trust’s cumulative distribution for the 9 months ended 31 March 2018 is 5.9032 sen per unit, totaling RM100.6 million and representing approximately 100% of total distributable income. 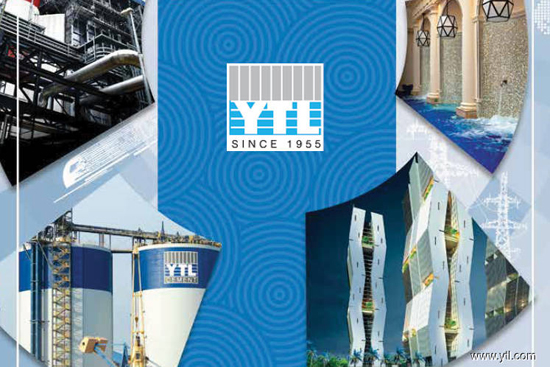